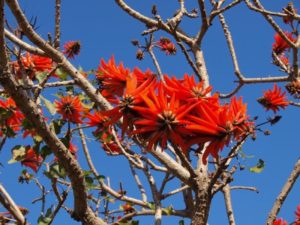 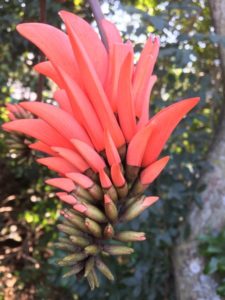 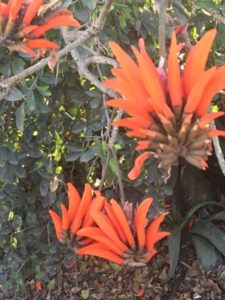 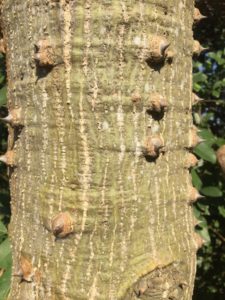 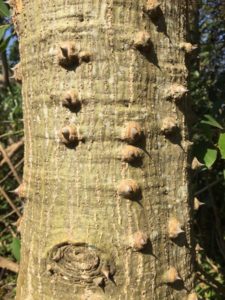 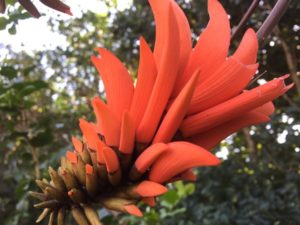 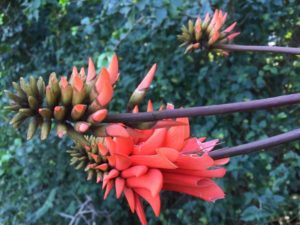 Small, bright red/scarlet or orange seeds, with conspicuous black patches where the seeds were joined to the pods.

The seeds are also known as “Lucky beans” and traditional African women have been known to use them as beads.